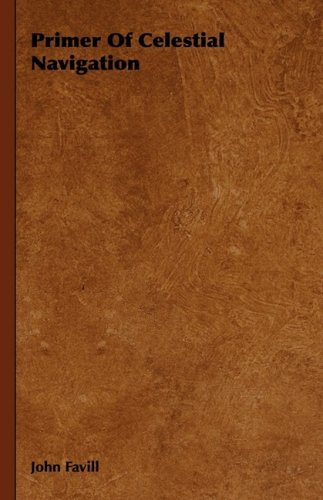 Description:
Astronomy, time, the astronomical triangle, trigonometry and reliable procedures for position finding are explained understandably. The Primer takes into account all the stumbling blocks, and moves progressively from the simple fundamentals to the complex problems, covering each step clearly.

The world according to the Hubble Space Telescope
by Mario Livio - arXiv.org
This review presents a brief summary of a few of the highlights of HST discoveries, discusses their physical implications, and identifies unsolved problems. A broad range of topics is covered, from our own solar system to cosmology.
(18032 views)

Pioneers of Science
by Oliver Lodge - Macmillan and co
A collection of 28 lectures on the history and progress of astronomy: Copernicus and the motion of the Earth; Tycho Brahe and his observatory; Kepler and the laws of planetary motion; Galileo and the invention of the telescope; Isaac Newton; etc.
(11677 views)

Recreations in Astronomy
by Henry White Warren - Project Gutenberg
This book has been written not only to reveal some of the highest achievements of the human mind, but also to let the heavens declare the glory of the Divine Mind. In the author's judgment, there is no gulf that separates science and religion.
(12510 views)

Astronomical Discovery
by Herbert Hall Turner - E. Arnold
The aim of the following pages is to illustrate the variety in character of astronomical discoveries. An attempt has indeed been made to arrange the examples into a rough sequence according to the amount of chance associated with the discovery.
(13964 views)