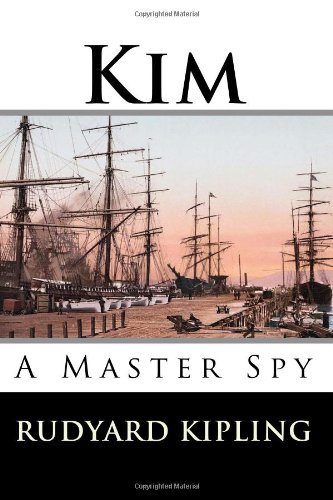 Description:
Rudyard Kipling has been attacked for championing British imperialism and celebrated for satirizing it. In fact, he did both. Nowhere does he express his own ambivalence more strongly than in Kim, his rousing adventure novel of a young man of many allegiances.

Plain Tales from the Hills
by Rudyard Kipling
Set principally in Shimla, the summer capital of the Raj, Kipling's stories on the manners and mores of British settlers in India are well observed and masterful character studies. The best account of the nature of the Victorian Raj ever written.
(5451 views)

The Kipling Reader
by Rudyard Kipling - ManyBooks
Selections from the books of Rudyard Kipling: Rikki-Tikki-Tavi, William the Conqueror, A Matter of Fact, Mowgli's Brothers, The Lost Legion, Namgay Doola, A Germ-Destroyer, Tods' Amendment, The Story of Muhammad Din, The Finances of the Gods, etc.
(4120 views)