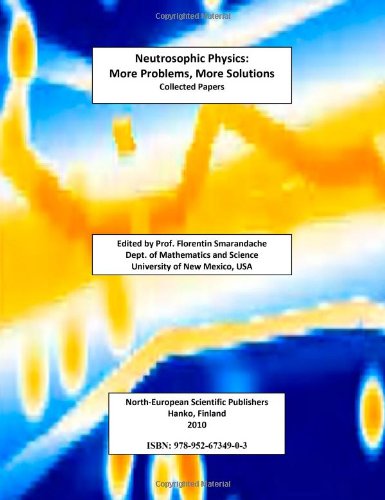 Description:
Neutrosophic logics is one of the promising research instruments, which could be successfully applied by a theoretical physicist. Naturally, neutrosophic logics, being a part of modern logics, states that neutralities may be between any physical states, or states of space-time. In particular, this leads, sometimes, to paradoxist situations, when two opposite states are known in physics, while the neutral state between them seems absolutely impossible from a physical viewpoint.

Mathematics for Physics: A Guided Tour for Graduate Students
by Michael Stone, Paul Goldbart - Cambridge University Press
This book provides a graduate-level introduction to the mathematics used in research in physics. It focuses on differential and integral equations, Fourier series, calculus of variations, differential geometry, topology and complex variables.
(14935 views)

Quantum Spin Systems on Infinite Lattices
by Pieter Naaijkens - arXiv
These are the lecture notes for a one semester course at Leibniz University Hannover. The main aim of the course is to give an introduction to the mathematical methods used in describing discrete quantum systems consisting of infinitely many sites.
(4407 views)