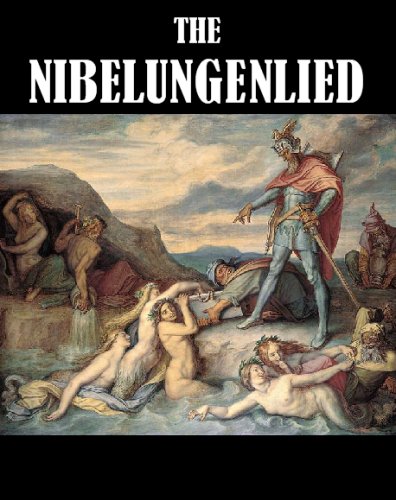 Description:
There is probably no poem of German literature that has excited such universal interest, or that has been so much studied and discussed, as the "Nibelungenlied". In its present form it is a product of the age of chivalry, but it reaches back to the earliest epochs of German antiquity, and embraces not only the pageantry of courtly chivalry, but also traits of ancient Germanic folklore and probably of Teutonic mythology.

The Myths and Legends of Ancient Greece and Rome
by E. M. Berens - Longwood Press
The author gives a lifelike picture of the deities of classical times as they were conceived and worshipped by the ancients themselves. From the contents: origin of the world, Uranus and Gaea, Cronus, Rhea, division of the world, etc.
(15442 views)

The Golden Fleece: And the Heroes Who Lived Before Achilles
by Padraic Colum - The Macmillan Company
Enter a world where harpies torment mortals, the Argonaut Orpheus sings, the mighty god Zeus wages war on the Titans, and Prometheus steals fire. Author weaves the tales of Jason and his Argonauts with classic Greek mythology to create this epic.
(8328 views)

1000 Mythological Characters Briefly Described
by Edward Sylvester Ellis - Hinds & Noble
Every people, no matter how degraded and sunken in barbarism, has some perception, some explanation of, and a more or less well-grounded belief in, a First Cause. Far back among the mists of antiquity, at the remotest beginnings ...
(6762 views)

Myths and Myth-Makers
by John Fiske
Old Tales and Superstitions Interpreted by Comparative Mythology. Contents: The Origins of Folk-Lore; Descent of Fire; Werewolves and Swan-Maidens; Light and Darkness; Myths of the Barbaric World; Juventus Mundi; The Primeval Ghost-World.
(9096 views)