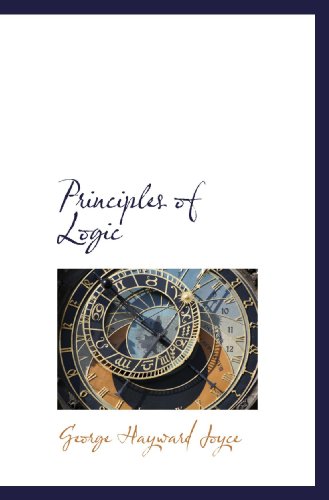 Description:
This work is an attempt at a presentment of what is frequently termed the Traditional Logic, and is intended for those who are making acquaintance with philosophical questions for the first time. Yet it is impossible to deal with logical questions save in connection with definite metaphysical and epistemological principles. Logic, as the theory of the mind's rational processes in regard of their validity, must necessarily be part of a larger philosophical system.

Logic, Inductive and Deductive
by William Minto - ManyBooks
In this little treatise two things are attempted that at first might appear incompatible. One of them is to put the study of logical formulae on a historical basis. The other aim is to increase the power of Logic as a practical discipline.
(6548 views)

Symbolic Logic
by Lewis Carroll - Macmillan and co
Here you see Carroll the mathematician at his playful best. This isn't about modern symbolic logic but about ways of expressing classical logic with symbols. It's loaded with amusing problems to delight any mathematical puzzler.
(11820 views)