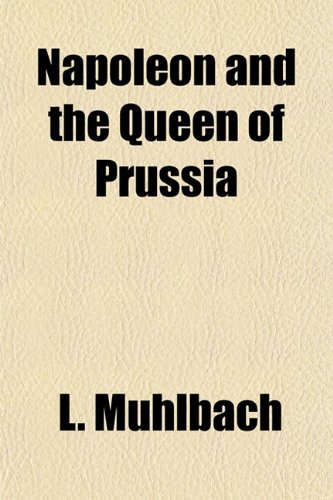 Napoleon and the Queen of Prussia
by L. Muhlbach

Description:
Profound silence reigned in the valleys and gorges of Jena and Auerstadt. The battles were over. The victorious French had marched to Jena to repose for a few days, while the defeated Prussians had fled to Weimar, or were wandering across the fields and in the mountains, anxiously seeking for inaccessible places where they might conceal their presence from the pursuing enemy.

The Golden Hope
by Robert H. Fuller - MacMillan
A story covering the period of Alexander the Great's victories: at the Granicus River, at Issus, at Tyre (Siege and Capture), and at Arabela. Besides Alexander there are various historic figures including Aristotle, Demosthenes, and Darius III.
(6857 views)

Lords of the World
by Alfred John Church - Blackie & Son ltd.
The year 146 B.C. was an annus mirabilis in the development of Roman dominion. I have attempted in this story to group some picturesque incidents round the person of a young Greek who struggles in vain to resist the destiny of the conquering race.
(4390 views)

Carry On! A Story Of The Fight For Bagdad
by Herbert Strang - Oxford University Press
Mesopotamia has been brought by Time's revolution once more into the foreground of the history of the world. The plains where the Arabs reared a civilization of their own, have become once more the battle-ground of opposing armies.
(4153 views)