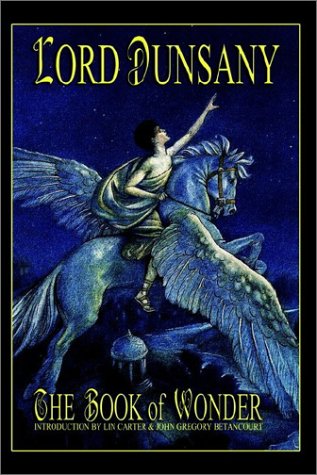 The Book of Wonder
by Lord Dunsany

Description:
The Book of Wonder is Dunsany at his peak of his talent. The stories here are a lush tapestry of language, conjuring images of people, places, and things which cannot possibly exist, yet somehow ring true. They are, in short, full of wonder.

Move Under Ground
by Nick Mamatas - Prime Books
In this tour de force, which is Mamatas' first novel, the Beats meet the elder gods of H.P. Lovecraft, and a harrowing time is had by all. It's the early sixties, and Jack Kerouac is hiding from his public, enjoying the company of a Hindu deity...
(7523 views)

The Stones of Arcory
by A A Roi - Smashwords
Veteran wizard Greylsan Amberglass, ostensibly on a mission to gather chronicles from The Fourth Council's entowered wizards, follows the trail of a doomed borderland margrave in search of his corrupted and dying land's missing Arcory Stones.
(7148 views)

Moonchild
by Aleister Crowley - Feedbooks
Lisa is seduced by a white magician and persuaded into helping him in a magical battle with a black magician. The magician is attempting to raise the level of his force by impregnating the girl with the soul of an ethereal being -- the moonchild.
(11720 views)