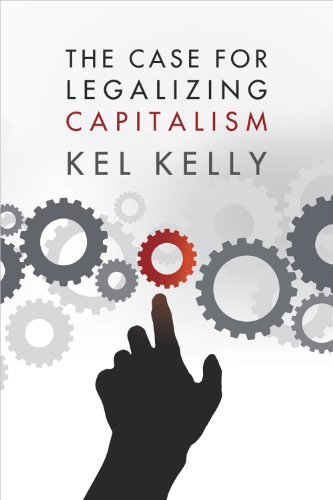 Description:
What's the American system of economics? Most people would say it is capitalism, which thereby deserves all fault when anything goes wrong. Well, Kel Kelly responds to this myth in this fast-paced and darn-near comprehensive treatment of the truth about the free market and intervention.

Market Liberalism: A Paradigm for the 21st Century
by David Boaz, Ed Crane (eds) - Cato Institute
Authors discuss how to bring the market liberal revolution to the United States. This blueprint for policy reform is the alternative to both the status quo and the calls for even more government interference in our personal and economic activities.
(5466 views)

Plunder and Blunder: The Rise and Fall of the Bubble Economy
by Dean Baker - PoliPoint Press
The book chronicles the growth and collapse of the stock and housing bubbles and explains how policy blunders and greed led to the catastrophic market meltdowns. Baker offers policy prescriptions to help prevent similar financial disasters.
(7287 views)

A Century of War
by John V. Denson - Ludwig Von Mises Institute
The book covers the history of America's large wars from 1860 through the Cold War, describing the 20th century as the bloodiest in all history. Denson recounts how the wars came about through a series of deceitful political ploys.
(17101 views)

Control or Economic Law
by Eugen von Böhm-Bawerk - Ludwig von Mises Institute
Gets to the heart of the matter regarding the application of economics to politics. Either we let economic law run its course, or we destroy prosperity. We must defer to economic law or we make matters worse by attempting to control society.
(7223 views)