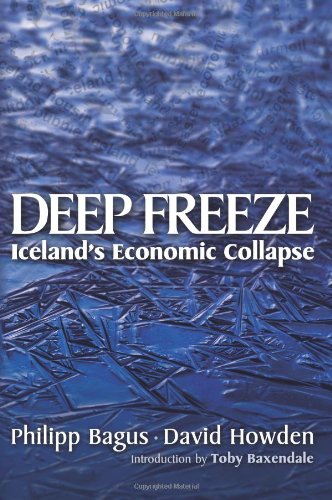 Description:
In this book, the two young Professors Bagus and Howden document the sad story of the Icelandic government's policy mistakes -- the artificial creation of a boom, and the savage bust that was the inevitable outcome of this boom.

Aftershocks: Economic Crisis and Institutional Choice
by A. Hemerijck, B. Knapen, E. van Doorne (eds.) - Amsterdam University Press
The book contains essays based on interviews with leading scholars, politicians and representatives from the world of business. They reflect on the origins of the crisis as well as the possible economic and political transformations it may engender.
(6351 views)

Control or Economic Law
by Eugen von Böhm-Bawerk - Ludwig von Mises Institute
Gets to the heart of the matter regarding the application of economics to politics. Either we let economic law run its course, or we destroy prosperity. We must defer to economic law or we make matters worse by attempting to control society.
(7062 views)

The End of Economic Growth
by Charles Siegel - Preservation Institute
The author made this book both readable and pro-active. His assessment of the counterproductivity of our economy and consumer society is timely in an era when we must decide how much is enough for ourselves - and for a sustainable planet.
(13416 views)

Capitalism: A Treatise on Economics
by George Reisman - Jameson Books
Reisman's ringing manifesto for laissez-faire capitalism free of all government intervention is at once a conservative polemic and a monumental treatise, brimming with original theories, remarkable for its depth, scope and rigorous argument.
(15432 views)