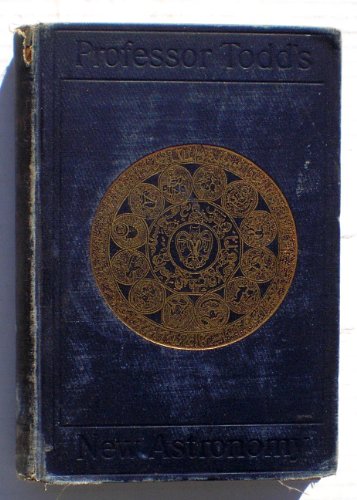 Description:
Contents: Language of Astronomy; Philosophy of the Celestial Sphere; Stars in their Courses; Earth as a Globe; Earth Turns on its Axis; Earth Revolves Round the Sun; Astronomy of Navigation; Observatory and its Instruments; The Moon; The Sun; Eclipses of Sun and Moon; Planets; Argument for Gravitation; Comets and Meteors; The Stars and the Cosmogony.

Hubble Space Telescope: Discoveries
- NASA
The book takes the reader on a tour of Hubble's most significant science successes, combined with some of the telescope's technology and history. The book details Hubble's work in cosmology, planetary science and galactic science.
(7993 views)

Astronomy
by Andrew Fraknoi, David Morrison, Sidney C. Wolff - Unglue.it
This book is designed to meet the scope and sequence requirements of one- or two-semester introductory astronomy courses. It begins with relevant fundamentals and progresses through an exploration of the solar system, stars, galaxies and cosmology.
(5445 views)

General Astronomy
- Wikibooks
This book introduces the advanced secondary or beginning university student to the process that revealed the rich tapestry of the universe to humanity, presenting astronomy not only as a field of knowledge, but also as a human endeavor in science.
(12046 views)