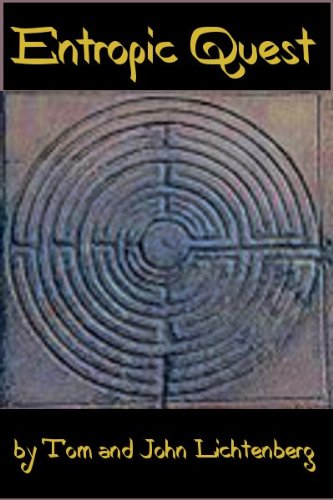 Description:
Four people are selected, seemingly at random, by an invisible being who communicates to them through wild animals. They are told they must go somewhere, find something, take it somewhere and do something with it. This is all they know. The thing, whatever it is, could be anything, and it could be anywhere.

Spell of Catastrophe
by Mayer Alan Brenner - ManyBooks
In a world of magic, where computers and nanotechnology are long gone, one unlucky man must make some tough decisions... Three separate lines of action engage disparate characters in a race to converge at last in a huge blast of action.
(5472 views)

The Soma Tantra
by Obsidian Eagle - obsidianeagle.com
The book for lovers of fantasy fiction, Hindu philosophy and progressive spirituality. On the surface it appears as a romantic flight of fancy, but being influenced by many different Hindu scriptures, it promises a grand tour of the Indic cosmos.
(7281 views)

Harry Potter and the Divine Plan
by Corruo - Feedbooks
It is said that there is a Plan governing the workings of the world. When one being throws the Plan into chaos, it falls upon Harry Potter to set things right, or allow the world to fall into darkness. Twenty year old Harry Potter.
(10579 views)

One; Betrayal
by Christopher Ames - maybeepic.com
With a worsening shortage of food and threats of war from a rival tribe, the survival of the Stone Axe clan must come before others. Faced with dirty tactics desperate measures have become commonplace, and drawing the line long forgotten.
(8406 views)