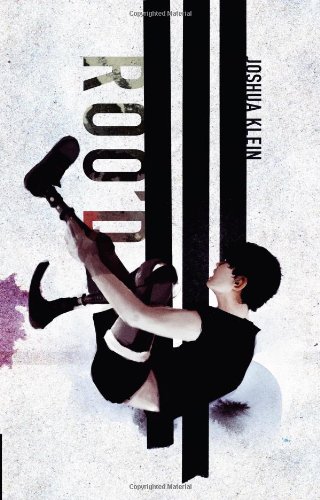 Description:
Roo'd is geek-addled cyberpunk fiction at its finest, about a teenage boy with two prosthetic legs and a band of misfit body-modders, shamanistic computer hackers, and pharmaceutically psychotic bioscientists. But it's also an exploration of someone coming to grips with what they truly love to do - and what it means to do it in a confusing world of shades of gray.

Healthy or Else and other stories
by Allan Regier - Bibliotastic.com
A speculative satire about the health care industry assuming dictatorial powers in a recognizable near future society. It is the story of one family's brush with the health care regime and what happens to these good people. The trends are in play...
(7241 views)

NetherWorld
by Daniel Pagan - Bibliotastic.com
Nick unwittingly opens a portal from planet Karbonon to NetherWorld; a parallel universe that exists inside his computer. Filled with strange and sometimes hilarious creatures, Nick is convinced that he is stuck in some kind of dream.
(6560 views)

Freedom Incorporated
by Peter Tylee - ManyBooks
Corporations control the world, technology allows instantaneous travel, and the ultimate in branded living has arrived: microchip implants for all. But the new era, while peaceful on the surface, comes with a staggering price - individual freedom.
(5631 views)

After Life
by Simon Funk - sifter.org
If you could upload your mind, where would you put it? A postcyberpunk Extropian sci-fi with psychological and philosophical suspense. The author is an artificial intelligence researcher working on the big questions of perception and consciousness.
(8797 views)