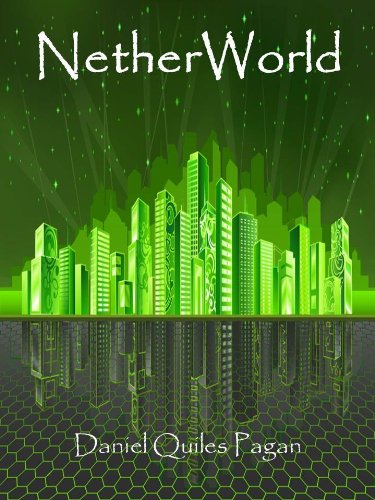 Description:
Nick unwittingly opens a portal from planet Karbonon to NetherWorld; a parallel universe that exists inside his computer. Filled with strange and sometimes hilarious creatures, Nick is convinced that he is stuck in some kind of dream.

Roo'd
by Joshua Klein - ManyBooks
Novel about a teenage boy with two prosthetic legs and a band of misfit body-modders, shamanistic computer hackers, and pharmaceutically psychotic bioscientists. It's also an exploration of someone coming to grips with what they truly love to do.
(6079 views)

Healthy or Else and other stories
by Allan Regier - Bibliotastic.com
A speculative satire about the health care industry assuming dictatorial powers in a recognizable near future society. It is the story of one family's brush with the health care regime and what happens to these good people. The trends are in play...
(7241 views)

I, Robot
by Cory Doctorow - Feedbooks
The story is set in the type of police state needed to ensure that only one company is allowed to make robots, and only one type of robot is allowed. The story follows single Father detective Arturo while he tries to track down his missing daughter.
(8677 views)

Nanowhere
by Chris Howard - ManyBooks
Kaffia Lang's an experienced hacker. She's cautious, but her inability to turn down any network cracking challenge often leads her and anyone with her into danger. Alex, new at school, works his way into the mysterious world she's created.
(4863 views)