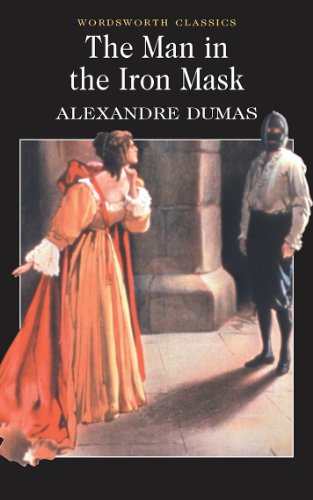 The Man in the Iron Mask
by Alexandre Dumas

Description:
A mysterious prisoner wearing an iron mask languishes deep within the Bastille. D'Artagnan and the Three Musketeers find themselves tangled in a web of intrigue when suspicions about the prisoner's identity begin to emerge. The final Musketeer story, 'The Man in the Iron Mask' is a gripping adventure novel by one of the masters of the genre.

The Conspirators: or, The Chevalier d'Harmental
by Alexandre Dumas - Peter Fenelon Collier
On the 22d of March, in the year of 1718, a young cavalier of high bearing, about twenty-six or twenty-eight years of age, mounted on a pure-bred Spanish charger, was waiting, toward eight o'clock in the morning, at that end of the Pont Neuf...
(4699 views)

The Corsican Brothers
by Alexandre Dumas - G. Routledge
This short novel by Alexandre Dumas was originally published in 1844. The narrator of the story is Dumas himself. The well-crafted story, inviting atmosphere, and camaraderie among the characters provides for a pleasant and amusing read.
(4330 views)