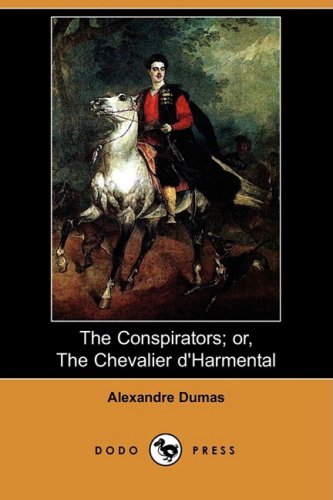 The Conspirators: or, The Chevalier d'Harmental
by Alexandre Dumas

Description:
On the 22d of March, in the year of our Lord 1718, a young cavalier of high bearing, about twenty-six or twenty-eight years of age, mounted on a pure-bred Spanish charger, was waiting, toward eight o'clock in the morning, at that end of the Pont Neuf which abuts on the Quai de l'Ecole...

Ten Years Later
by Alexandre Dumas - P.F. Collier
Ten Years Later is the third and last of the d'Artagnan Romances, following The Three Musketeers and Twenty Years After. The principal heroes of the novel are the musketeers. The narrative of this novel is set between 1660 and 1673.
(2965 views)

The Black Tulip
by Alexandre Dumas - Project Gutenberg
The story begins with the 1672 lynching of the Dutch Grand Pensionary Johan de Witt and his brother, by a wild mob of their own countrymen. The plot line takes place in the following months; only gradually does the reader understand all the details.
(7006 views)