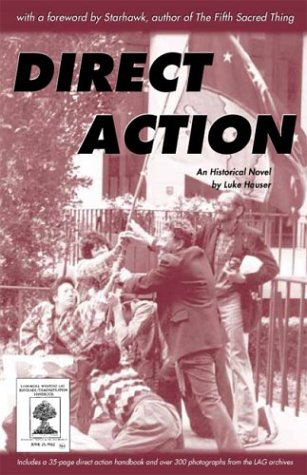 Description:
More than 7000 people were arrested in nonviolent protests in California in the early 1980s, developing the art of direct action to a peak not reached again until Seattle in 1999, and in many ways never surpassed. Direct action is more than getting arrested. It's solidarity.

Uncle Tom's Cabin
by Harriet Beecher Stowe - Project Gutenberg
The moving abolitionist novel that fueled the fire of the human rights debate in 1852 and melodramatically condemned the institution of slavery through such powerfully realized characters as Tom, Eliza, Topsy, Eva, and Simon Legree.
(10598 views)

School of Athens
by Archer McCormick - Smashwords
The grisly killing of an elderly school master is only the beginning of plot by a shadowy gang of thinkers to systematically murder off a rival group of rogue philosophers in this tale of power, lust, treachery, war and murder!
(5732 views)