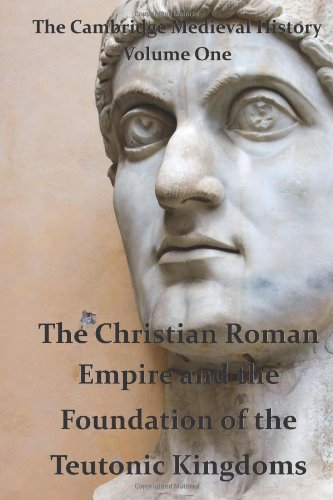 The Cambridge Medieval History
by J. B. Bury

Description:
Planned by one of the most renowned Byzantinists and Medievalists of the day, John B. Bury, it became the de facto standard by which all comprehensive period histories would be measured. Essential for any serious student of medieval history, the definitive set for any serious historian.

Around the World for 900 Years: Watching History Happen
by George J Cole - Smashwords
Cole's history is World News, reported as it happens by a roving observer in an imaginary space station drifting around the Earth for 900 years. He observes interesting events that are happening about the same time in different parts of the world.
(11957 views)

Decisive Battles of the World
by Edward Shepherd Creasy - The Colonial press
Fifteen decisive battles of the world from Marathon to Waterloo. A famous book which is not merely lodged in libraries, but is read and re-read. The stories the writer tells are as interesting in narrative as human struggle is itself interesting.
(14146 views)

Holocaust: An End to Innocence
by Seymour Rossel
The emphasis is placed on the issues that the murder of six million Jews raises for all humankind. As a historical fact, the Holocaust continues to inform, to challenge, and to warn all intelligent beings of an evil that is not beyond human behavior.
(11131 views)

The Story of Mankind
by Hendrik van Loon - Boni and Liveright
This book, for history buffs and the historically challenged alike, covers human history from prehistoric times, when our earliest ancestors were learning to communicate with grunts, right through to the issues of the latter 20th century.
(10987 views)