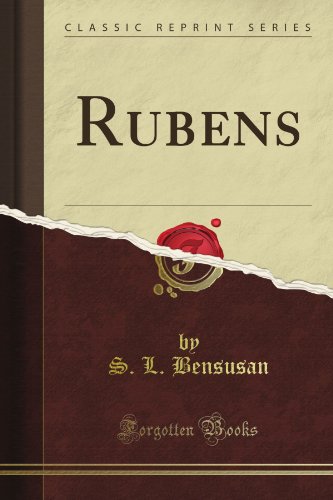 Description:
The name of Peter Paul Rubens is written so large in the history of European art, that all the efforts of detractors have failed to stem the tide of appreciation that flows towards it. Rubens was a great master in nearly every pictorial sense of the term.

Great Masters in Painting: Rembrandt van Rijn
by Malcolm Bell - George Bell & Sons
Rembrandt van Rijn was a Dutch painter and etcher. He is generally considered one of the greatest painters and printmakers in European art history. His contributions to art came in a period that historians call the Dutch Golden Age.
(9406 views)

Cathedral Cities of Spain: 60 reproductions from original water colours
by W. W. Collins
Probably the most interesting moments of the trip abroad by the architectural students are those spent in sketching bits of interest in water color. Nothing is so helpful, so reminiscent as these same notes of color when viewed in alter years.
(12497 views)

Van Gogh and Expressionism
by Maurice Tuchman - Solomon R. Guggenheim Foundation
An attempt to illustrate Vincent Van Gogh's influence on subsequent art movements. In lieu of discussing which artists exerted an influence on Van Gogh, Tuchman discusses how Van Gogh was a model for the modern Expressionists of the 21st century.
(6533 views)

NetWorld!: What People are Really Doing on the Internet
by David H. Rothman - Prima Communications
The Net is revolutionizing the way millions of people work, learn, fall in love, create art, do business, make friends, and entertain themselves. Rothman explores this new electronic meeting place, as well as the controversy that threatens it ...
(3168 views)