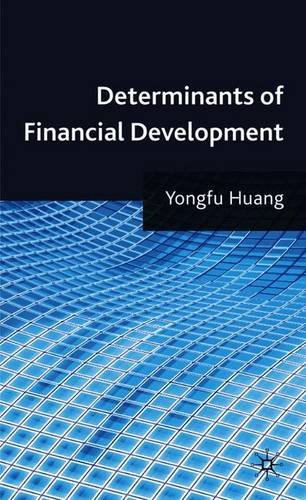 Description:
By engaging with recently developed methods of research and new areas of practice, this book investigates the political, economic, policy and geographic determinants of the development of financial markets. The volume examines the causality between financial development and aggregate private investment from an economic perspective.

The Decline of the American Republic
by John T. Flynn - Mises Institute
In 1955, John T. Flynn saw what few others journalist did: the welfare-warfare state conspired to bring down American liberty. The New Deal combined with World War Two had fastened leviathan control over a country born in liberty.
(13905 views)

Capitalism 3.0: A Guide to Reclaiming the Commons
by Peter Barnes - Berrett-Koehler Publishers
Barnes' idea is that we need to use a 3rd institution to develop a better form a capitalism that takes into account natural resources that are used and not accounted for. This is needed, because government has failed to do a good job in this regard.
(15170 views)

Deep Freeze: Iceland's Economic Collapse
by Philipp Bagus, David Howden - Ludwig von Mises Institute
In this book, the two young Professors Bagus and Howden document the sad story of the Icelandic government's policy mistakes -- the artificial creation of a boom, and the savage bust that was the inevitable outcome of this boom.
(6764 views)

Case for Legalizing Capitalism
by Kel Kelly - Ludwig von Mises Institute
What's the American system of economics? Most people would say it is capitalism, which thereby deserves all fault when anything goes wrong. Kel Kelly responds to this myth in this comprehensive treatment of the free market and intervention.
(7709 views)