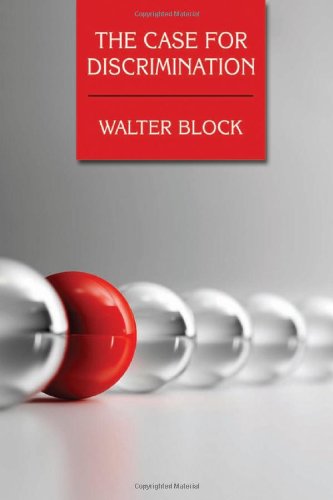 The Case for Discrimination
by Walter Block

The Global Political Economy of Israel
by Jonathan Nitzan, Shimshon Bichler - Pluto Press
Diverse processes - such as global accumulation cycles, regional conflicts, militarism and dependency, inflation and recession, the politics of high-technology and the transnationalisation of ownership - are all woven into a single story.
(8305 views)

The Decline of American Capitalism
by Lewis Corey - Covici, Friede
The depression which set in after 1929 was the worst economic disaster in American history. It was aggravated by the acute world crisis, a major catastrophe of capitalism. The revival, because of its speculative character, did not lead to recovery.
(10711 views)

The Benefits of the New Economy: Resolving the Global Economic Crisis Through Mutual Guarantee
by Guy Isaac, Joseph Levy, Alexander Ognits - ARI Publishers
The aim of the book is to point out the causes of today's economic turmoil and how it can be solved. The road toward solution lies not in any remedy from the past. Rather, it lies with a society where all support each other in mutual guarantee.
(8954 views)