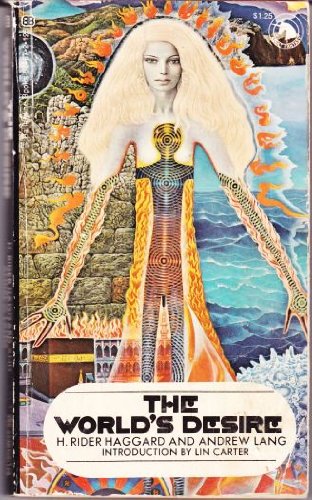 Description:
The story of the hero Odysseus after his untold second journey. Returning to his home, Ithaca, the region ravaged by a plague, his wife Penelope seemingly slain, Odysseus begins his final quest. This book might be called The Further Adventures of Odysseus.

The People of the Mist
by H. Rider Haggard - Ditchingham
Sir Henry Rider Haggard wrote many great works, and this is an underappreciated treasure, a beautifully written, exciting, and moving tale of adventure, love, sacrifice and a lost civilization in Africa. Written in the late 1800's.
(5920 views)

Jess
by H. Rider Haggard - ManyBooks
An African domestic drama set in Pretoria at the time of the Boer War. Captain John Niel comes to work on the Transvaal farm of a fellow Englishman, Silas Croft, and becomes involved in a love triangle of sorts with Croft's two nieces...
(4169 views)

When the World Shook
by Henry Rider Haggard - Feedbooks
Three Englishmen, marooned on a mysterious South Sea island, learn of the islanders' powerful god Oro, who has been sleeping for 250,000 years. This is a tale of spirit travel, reincarnation, occult powers, a subterranean city, the elixir of life.
(7451 views)