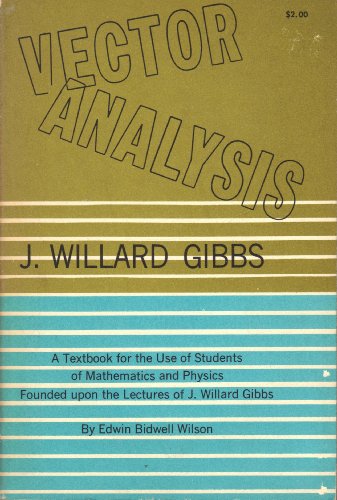 Description:
The greatest part of the material used in the following pages has been taken from the course of lectures on Vector Analysis delivered annually at the University by Professor Gibbs. Numerous illustrative examples have been drawn from geometry, mechanics, and physics.

Vector Analysis and the Theory of Relativity
by Francis Dominic Murnaghan - Johns Hopkins press
This monograph is the outcome of lectures delivered to the graduate department of mathematics of The Johns Hopkins University. Considerations of space have made it somewhat condensed in form, but the mode of presentation is sufficiently novel.
(13864 views)

Vector Calculus, with Applications to Physics
by James Byrnie Shaw - D. Van Nostrand company
Every physical term beyond mere elementary terms is carefully defined. On the other hand for the physical student there will be found a large collection of examples and exercises which will show him the utility of the mathematical methods.
(10017 views)