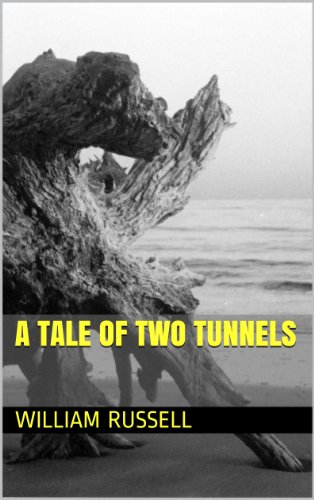 A Tale of Two Tunnels
by William Clark Russell

Description:
The ship Lovelace lay in the East India Docks, being newly arrived from an East India voyage. Her commander, Jackman, stood in her cabin and gazed in his glass; he looked at his face, and seemed to study it. There was a mark as of a blow close under the left eye, and he examined this mark with care...

Avalanche
by Guy Herman - Lulu.com
A harrowing, nearly unbelievable, incredibly intimate adventure of a professor and his graduate assistant's summertime escape to the Alps, ending in a wondrous horror and recounted first person to the professors attorney from his jail cell.
(4609 views)

The Fearsome Island
by Albert Kinross - Herbert S. Stone & Company
A narrative of Silas Fordred, master mariner of Hythe whose shipwreck and subsequent adventures are herein set forth. Also an appendix accounting for the seeming marvels that Silas Fordred encountered during his sojourn on a fearsome island.
(5979 views)

The Great Quest
by Charles Boardman Hawes - The Torbell Company
A romance of 1826, wherein are recorded the experiences of Josiah Woods of Topham, and of those others with whom he sailed for Cuba and the Gulf of Guinea. He braves the stormy seas, encounters natives, searches for gold and rescues a lovely lady.
(5219 views)

City Of Masks
by Mike Reeves-Mcmillan - C-Side Media
City of Masks is a swashbuckling adventure in a setting reminiscent of Shakespeare's Italy. In the city-state of Bonvidaeo, by custom and law everyone must wear a mask and act in character with it, or face civil, social and religious penalties.
(6331 views)