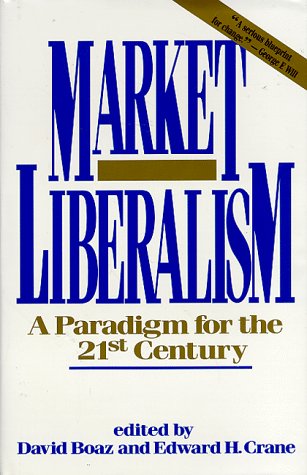 Description:
The two dozen essays in this book discuss how to bring the market liberal revolution to the United States. This blueprint for policy reform is the alternative to both the status quo and the calls for even more government interference in our personal and economic activities.

A Century of War
by John V. Denson - Ludwig Von Mises Institute
The book covers the history of America's large wars from 1860 through the Cold War, describing the 20th century as the bloodiest in all history. Denson recounts how the wars came about through a series of deceitful political ploys.
(17109 views)

Aftershocks: Economic Crisis and Institutional Choice
by A. Hemerijck, B. Knapen, E. van Doorne (eds.) - Amsterdam University Press
The book contains essays based on interviews with leading scholars, politicians and representatives from the world of business. They reflect on the origins of the crisis as well as the possible economic and political transformations it may engender.
(6552 views)

Climate of Fear
by Thomas Gale Moore - Cato Institute
Both historical and economic analysis suggests, the author argues, that a warmer climate would be, on balance, beneficial to both mankind and the environment. The book calls into question the entire campaign led by Vice President Al Gore and others.
(5677 views)

The Bubble That Broke the World
by Garet Garrett - Ludwig von Mises Institute
This book blows away the conventional interpretations of the crash of 1929, not only in its contents but that this book exists at all. It ascribes the crash to the pile of up debt, which in turn was made possible by the Fed printing machine.
(10424 views)