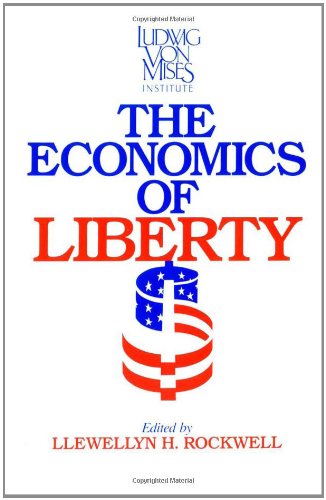 The Economics of Liberty
by Llewellyn H. Rockwell

Market Liberalism: A Paradigm for the 21st Century
by David Boaz, Ed Crane (eds) - Cato Institute
Authors discuss how to bring the market liberal revolution to the United States. This blueprint for policy reform is the alternative to both the status quo and the calls for even more government interference in our personal and economic activities.
(5477 views)

The Betrayal of the American Right
by Murray N. Rothbard - Ludwig von Mises Institute
This book will change the way you look at American politics. It shows that the corruption of American 'conservatism' began long before George W. Bush ballooned the budget and asserted dictatorial rights over the country and the world.
(13676 views)

America 2.0 Inc. - Take Stock In America!
by Michael Mathiesen - Smashwords
This book is the Blue Print for The Incorporation of the United States of America. As a non-profit organization, our public servants have the mission of losing as much of your money and mine in the shortest period of time.
(7222 views)