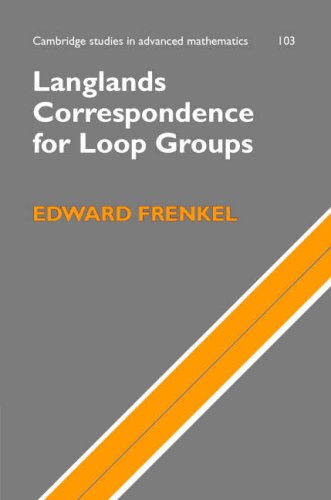 Description:
This book provides an excellent detailed review of an important aspect of the geometric Langlands program, namely, the role of representation theory of affine Kac-Moody algebras (or loop algebras). It provides clear and insightful introductions to such notions as vertex algebras, the Langlands dual group, connections on the punctured disc, representation theory of loop algebras, etc.

Lectures On Irregularities Of Distribution
by Wolfgang M. Schmidt - Tata Institute of Fundamental Research
The theory of Irregularities of Distribution began as a branch of Uniform Distributions, but is of independent interest. In these lectures the author restricted himself to distribution problems with a geometric interpretation.
(8121 views)

Lectures on Shimura Varieties
by A. Genestier, B.C. Ngo
The goal of these lectures is to explain the representability of moduli space abelian varieties with polarization, endomorphism and level structure, due to Mumford and the description of the set of its points over a finite field, due to Kottwitz.
(8853 views)

Essays on the Theory of Numbers
by Richard Dedekind - The Open Court Publishing
This is a book combining two essays: 'Continuity and irrational numbers' - Dedekind's way of defining the real numbers from rational numbers; and 'The nature and meaning of numbers' where Dedekind offers a precise explication of the natural numbers.
(12750 views)