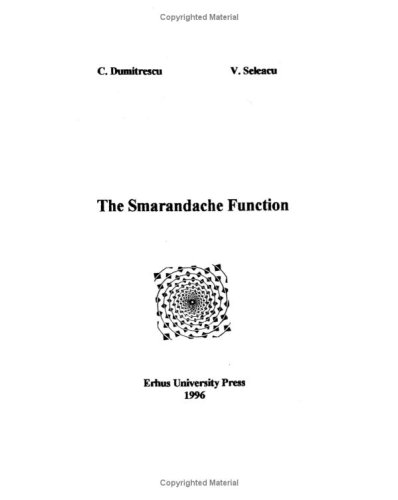 Description:
The function named in the title of this book is originated from the exiled Romanian mathematician Florentin Smarandache, who has significant contributions not only in mathematics, but also in literature. This text introduces the Smarandache function and discusses it generalisations.

Comments and topics on Smarandache notions and problems
by Kenichiro Kashihara - Erhus University Press
An examination of some of the problems posed by Florentin Smarandache. The problems are from different areas, such as sequences, primes and other aspects of number theory. The problems are solved in the book, or the author raises new questions.
(11860 views)