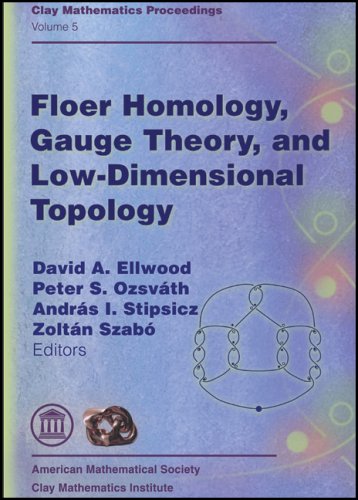 Description:
Mathematical gauge theory studies connections on principal bundles, or, more precisely, the solution spaces of certain partial differential equations for such connections. Historically, these equations have come from mathematical physics, and play an important role in the description of the electro-weak and strong nuclear forces.

Lectures on Sheaf Theory
by C.H. Dowker - Tata Institute of Fundamental Research
A sheaf is a tool for systematically tracking locally defined data attached to the open sets of a topological space. Contents: Sheaves; Sections; Cohomology groups of a space with coefficients in a presheaf; Introduction of the family Phi; etc.
(6827 views)

Lecture Notes on Seiberg-Witten Invariants
by John Douglas Moore - Springer
A streamlined introduction to the theory of Seiberg-Witten invariants suitable for second-year graduate students. These invariants can be used to prove that there are many compact topological four-manifolds which have more than one smooth structure.
(7049 views)