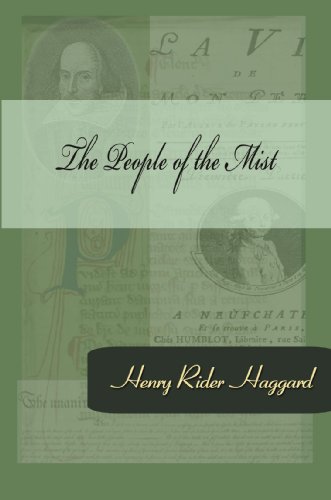 The People of the Mist
by H. Rider Haggard

Description:
Sir Henry Rider Haggard wrote many great works, and this is an underappreciated treasure, a beautifully written, exciting, and moving tale of adventure, love, sacrifice and a lost civilization in Africa. Written in the late 1800's.

Lysbeth: A Tale of the Dutch
by H. Rider Haggard - Longmans, Green, and co.
A tale of two ivory hunters in Africa who come across the deserted camp of a German anthropologist -- a man who had been studying the life and language of the great apes. Sir Henry Rider Haggard is best known for his adventure novels.
(3809 views)

She
by Henry Rider Haggard - Longmans, Green, and Co.
This is a wonderfully compelling story about three Englishmen, an aging University professor, his adventurous young ward, and their faithful servant, traveling into the unknown African interior in search of a mythical source of immortality.
(9951 views)