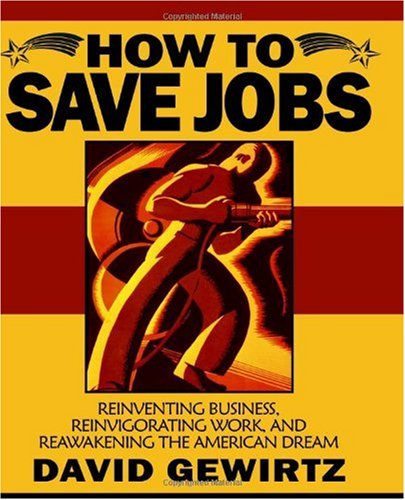 How To Save Jobs
by David Gewirtz

Description:
A shocking and disturbing look into how changes worldwide have created enormous disruption in the very nature of jobs in America. Ideas, strategies, and innovative approaches for policy change that could make a real difference and help save and create jobs in America. Powerfully effective hands-on tips, techniques, and strategies that you personally can take to keep and create jobs, without waiting for politicians to get their act together.

The Case for Discrimination
by Walter Block - Ludwig von Mises Institute
Discrimination is an inevitable feature of the material world where scarcity of goods and time is the pervasive feature. There is no getting around it. Without discrimination, there is no economizing taking place. It is chaos.
(7013 views)

The Causes of the Economic Crisis
by Ludwig von Mises - Ludwig von Mises Institute
The author presents his business cycle theory, applies it to the prevailing conditions, and discusses the policies that governments undertake that make recessions worse. He recommends a monetary reform that would provide a sustainable prosperity.
(14950 views)

Global Imbalances and the Collapse of Globalised Finance
by Anton Brender, Florence Pisani - Centre for European Policy Studies
The world economy is recovering from the most disastrous episode in the history of globalization. The authors argue that the main problems were deeply rooted and are to be found in two developments that for many years were left uncontrolled.
(13883 views)

Power and Market: Government and the Economy
by Murray Rothbard - Von Mises Institute
This is ultimate manual for completely de-mystifying the myth of the state. The book will inoculate the reader against the even the slightest temptation to invoke the state as a solution to any social or economic problem.
(16441 views)