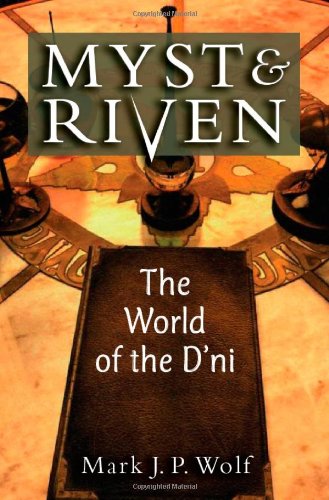 Myst and Riven: The World of the D'ni
by Mark J. P. Wolf

Description:
Video games have become a major cultural force, and within their history, Myst and its sequel Riven stand out as influential examples. This book is a close analysis of two of the most popular and significant video games in the history of the genre, investigating in detail their design, their functionality, and the gameplay experience they provide players.

Gamer Theory
by McKenzie Wark - Harvard University Press
Gamer Theory uncovers the significance of games in the gap between the near-perfection of actual games and the highly imperfect gamespace of everyday life. The book depicts a world becoming a series of less and less perfect games.
(4161 views)

Silent Hill: The Terror Engine
by Bernard Perron - University of Michigan Press
Silent Hill, with its first title released in 1999, is one of the most influential of the horror video game series. This book is both a close analysis of the first three Silent Hill games and a general look at the whole series.
(4375 views)

Game Research Methods: An Overview
by Petri Lankoski, et al. - ETC Press
This book provides an introduction to various game research methods that are useful to students in all levels of higher education covering both quantitative, qualitative and mixed methods. Approaches using game development for research is described.
(2576 views)

My Life as a Night Elf Priest: An Anthropological Account of World of Warcraft
by Bonnie Nardi - University of Michigan Press
World of Warcraft is currently the most popular online world game on the planet. Bonnie Nardi compiles more than three years of participatory research in Warcraft play and culture in the US and China into this study of player behavior and activity.
(6662 views)