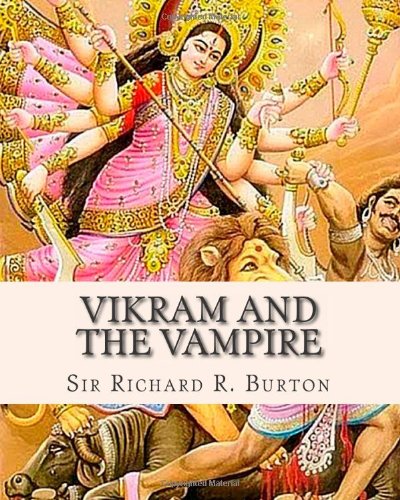 Vikram and the Vampire
by Richard Burton

Description:
This is the history of a huge Bat, Vampire, or Evil Spirit which inhabited and animated dead bodies. It is an old, and thoroughly Hindu, Legend composed in Sanskrit, and is the germ which culminated in the Arabian Nights ...

Myths and Myth-Makers
by John Fiske
Old Tales and Superstitions Interpreted by Comparative Mythology. Contents: The Origins of Folk-Lore; Descent of Fire; Werewolves and Swan-Maidens; Light and Darkness; Myths of the Barbaric World; Juventus Mundi; The Primeval Ghost-World.
(9097 views)

The Iliad and The Odyssey
by Homer - J. Johnson
Stories of love and war, hope and despair, and honor and glory, as relevant today as they were 2500 years ago. These two books are some of the most important books in the literary cannon, having influenced virtually every adventure tale ever told.
(20095 views)

The Golden Fleece: And the Heroes Who Lived Before Achilles
by Padraic Colum - The Macmillan Company
Enter a world where harpies torment mortals, the Argonaut Orpheus sings, the mighty god Zeus wages war on the Titans, and Prometheus steals fire. Author weaves the tales of Jason and his Argonauts with classic Greek mythology to create this epic.
(8332 views)

High History of the Holy Graal
- E. P. Dutton & co
According to Christian mythology, the Holy Grail was the dish, plate, or cup used by Jesus at the Last Supper, said to possess miraculous powers. This is the first volume of the Story of the Grail, compiled from a 16th-century copy of the original.
(12701 views)