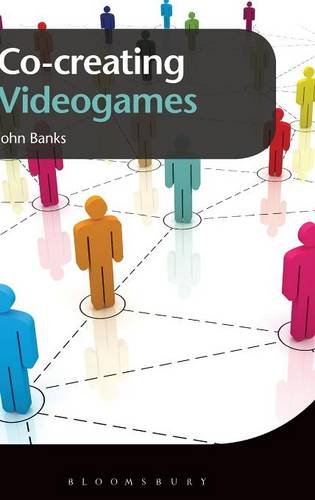 Description:
This book offers a rich description and analysis of the emerging participatory, co-creative relationships within the videogames industry. Banks discusses the challenges of incorporating these co-creative relationships into the development process. Drawing on a decade of research within the industry, the book gives us valuable insight into the continually changing and growing world of video games.

DOOM: SCARYDARKFAST
by Dan Pinchbeck - University of Michigan Press
In 1993, id Software's seminal shooter DOOM was released and it shook the foundations of the medium. This is a book about the most important first-person game ever made; about the blueprint that has defined one of the most successful gaming genres.
(3852 views)

Play Redux: The Form of Computer Games
by David Myers - University of Michigan Press
A critical analysis of the aesthetic pleasures of video game play, drawing on early twentieth-century formalist theory and models of literature. Play Redux will generate interest among scholars of communications, new media, and film.
(5122 views)

#PS3History: The Complete History Of The PS3
by GregoryRasputin - Smashwords
This book is about one of the greatest games consoles ever created, the PlayStation 3(PS3), it covers every aspect of the consoles journey over the past 10+ years, it's highs and it's lows, the games, different versions, the hacking and the homebrew.
(2113 views)

Silent Hill: The Terror Engine
by Bernard Perron - University of Michigan Press
Silent Hill, with its first title released in 1999, is one of the most influential of the horror video game series. This book is both a close analysis of the first three Silent Hill games and a general look at the whole series.
(4375 views)