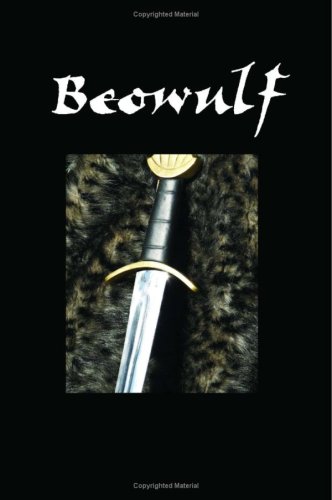 Description:
The oldest existing story written in Old English, "Beowulf" is the classic tale of courage and honor. In the Great Hall of Hrothgar, King of the Danes, the warrior Beowulf, son of a Swedish King, wages battle with the monster Grendel.

The Nibelungenlied
- University College, Toronto
There is probably no poem of German literature that has been so much studied and discussed, as the 'Nibelungenlied'. In its present form it is a product of the age of chivalry, but it reaches back to the earliest epochs of German antiquity.
(10478 views)

The Golden Fleece: And the Heroes Who Lived Before Achilles
by Padraic Colum - The Macmillan Company
Enter a world where harpies torment mortals, the Argonaut Orpheus sings, the mighty god Zeus wages war on the Titans, and Prometheus steals fire. Author weaves the tales of Jason and his Argonauts with classic Greek mythology to create this epic.
(8473 views)

The Myths and Legends of Ancient Greece and Rome
by E. M. Berens - Longwood Press
The author gives a lifelike picture of the deities of classical times as they were conceived and worshipped by the ancients themselves. From the contents: origin of the world, Uranus and Gaea, Cronus, Rhea, division of the world, etc.
(15749 views)

High History of the Holy Graal
- E. P. Dutton & co
According to Christian mythology, the Holy Grail was the dish, plate, or cup used by Jesus at the Last Supper, said to possess miraculous powers. This is the first volume of the Story of the Grail, compiled from a 16th-century copy of the original.
(12996 views)