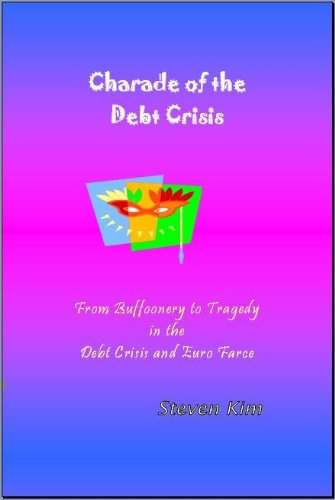 Charade of the Debt Crisis
by Steven Kim

Description:
In complex fields such as finance and economics, a common blunder involves a mix-up between the destination and the journey. The confusion is showcased by the hoopla during the financial crisis of 2008 in tandem with the debt crisis in Europe...

China: Linking Markets for Growth
by Ross Garnaut, Ligang Song - Anu E Press
China’s prosperity is at the core of the emerging Platinum Age of global economic growth. This volume gathers together leading scholars on China’s economic success and its effect on the world economy into the next few decades.
(15614 views)

The Betrayal of the American Right
by Murray N. Rothbard - Ludwig von Mises Institute
This book will change the way you look at American politics. It shows that the corruption of American 'conservatism' began long before George W. Bush ballooned the budget and asserted dictatorial rights over the country and the world.
(12441 views)

Outline of the U.S. Economy
by Peter Behr - U.S. Department of State
The financial crash of 2008 brought a sudden halt to a quarter-century of U.S.-led global economic growth. The U.S. economy of the 21st century little resembles that of the 18th, but acceptance of change and embrace of competition remain unchanged.
(7254 views)

Deep Freeze: Iceland's Economic Collapse
by Philipp Bagus, David Howden - Ludwig von Mises Institute
In this book, the two young Professors Bagus and Howden document the sad story of the Icelandic government's policy mistakes -- the artificial creation of a boom, and the savage bust that was the inevitable outcome of this boom.
(5278 views)