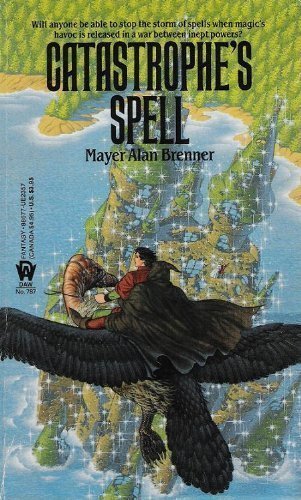 Description:
In a world of magic, where computers and nanotechnology are long gone, where thoughtless gods struggle for power with little regard for those below, one unlucky man must make some tough decisions. Three separate lines of action engage disparate characters in a race to converge at last in a huge blast of action.

Mortal Ghost
by L. Lee Lowe - lleelowe.com
It's a fiery hot summer, and sixteen-year-old Jesse Wright is on the run. An oddly gifted boy, he arrives in a new city where the direction of his life is about to change. He is beset by visions of a stranger who is being brutally tortured.
(7710 views)

Deserted Cities of the Heart
by Lewis Shiner - Subterranean Press
An anthropologist and his alienated brother reunite in Mexico to reenact an ancient Mayan myth of the end of the world in this surrealistic fantasy by the author of Frontera. Shiner captures the complexities of both modern and ancient reality.
(7609 views)

A Strange Manuscript Found in a Copper Cylinder
by James De Mille - Harper & Brothers
A masterpiece on society and culture. The yachtsmen found the manuscript afloat at sea in a corroded copper cylinder. The manuscript itself told an incredible tale -- a tale of strange adventures in a place beyond contemporary imagination...
(7622 views)

The Stones of Arcory
by A A Roi - Smashwords
Veteran wizard Greylsan Amberglass, ostensibly on a mission to gather chronicles from The Fourth Council's entowered wizards, follows the trail of a doomed borderland margrave in search of his corrupted and dying land's missing Arcory Stones.
(7129 views)