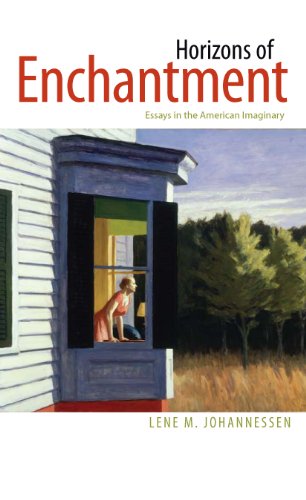 Horizons of Enchantment: Essays in the American Imaginary
by Lene M. Johannessen

Description:
Johannessen's subject here is the almost mystical American belief in the promise and potential of the individual, or the reliance on a kind of 'modern magic' that can loosely be characterized as a fundamental and unwavering faith in the secular sanctity of the American project of modernity.

Faulkner and Hemingway: Biography of a Literary Rivalry
by Joseph Fruscione - The Ohio State University Press
Fruscione examines the contentious relationship of two titans of American modernism. At times, each voiced a shared literary and professional respect; at other times, each thought himself the superior craftsman and spoke of the other disparagingly.
(3302 views)

USA Literature in Brief
by Kathryn VanSpanckeren - U. S. Department of State
The book describes the contributions to American literature of some of the best-recognized American poets, novelists, philosophers and dramatists from pre-Colonial days through the present. Major literary figures are discussed in detail.
(9398 views)

Frankenstein's Dream
by Jerrold E. Hogle - University of Maryland
This collection focuses on the nightmarish sleep into which Victor Frankenstein falls after seeing his creature take its first breaths in Mary Shelley's novel of 1818. These essays deal with several rarely explored aspects of Frankenstein's dream.
(7364 views)

Homer and His Age
by Andrew Lang
The aim of 'Homer and His Age' is to prove that the Homeric Epics as wholes and apart from passages gravely suspected in antiquity present a perfectly harmonious picture of the entire life and civilization of one single age.
(11223 views)