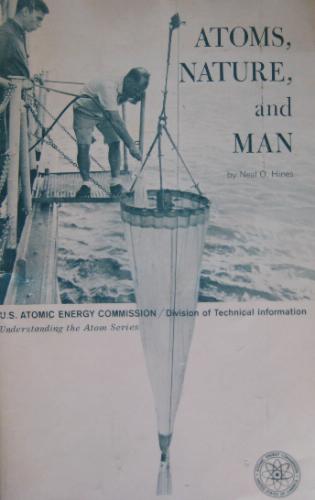 Description:
This booklet describes the environmental investigations that have been conducted with the aid of the atom since the first atomic detonation near Alamogordo, New Mexico, in 1945. The story is one of beginnings that point the way, it is hoped, to a new understanding of the world in the atomic future.

An Introduction to the Interacting Boson Model of the Atomic Nucleus
by Walter Pfeifer - arXiv
This work introduces into the Interacting Boson Model, created in 1974 and then extended by numerous papers. Many-body configurations with s- and d-boson states are described and creation- and annihilation-operators for bosons are introduced.
(7605 views)

Relativistic Quark Physics
by Johann Rafelski - arXiv.org
We present a brief survey of the development of nuclear physics towards relativistic quark physics. This is followed by a discussion of the quest for the observation of the dissolution of nuclear matter into the deconfined quark matter ...
(1710 views)

Introduction to Chiral Perturbation Theory
by S. Scherer - arXiv
This book provides a pedagogical introduction to the basic concepts of chiral perturbation theory and is designed as a text for a two-semester course on that topic. Various examples with increasing chiral orders and complexity are given.
(5926 views)