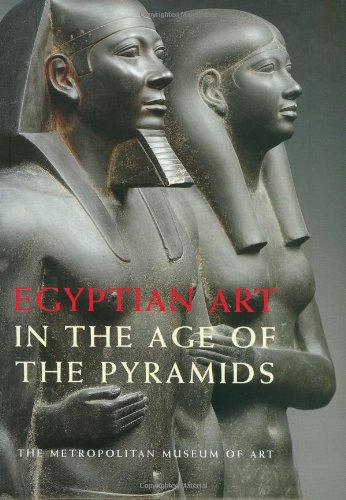 Egyptian Art in the Age of the Pyramids
by James P. Allen, et al.

Description:
This is the first exhibition to be devoted entirely to the approximate five centuries of the Old Kingdom. One of its notable qualities is that it restores our temporal perspective. In doing so, it demonstrates the extraordinary flowering of the arts at the time the pyramids were built, when not only architecture, but sculpture, painting, and the decorative arts were at their peak.

The Art of South and Southeast Asia
by S. Kossak, E. Watts - Metropolitan Museum of Art
This book introduces works of art from the superb South and Southeast Asian and Islamic collections of The Metropolitan Museum of Art. Included are examples of Buddhist and Hindu temple art and the later court arts of South Asia.
(9652 views)

The Art of Chivalry
by H. Nickel, S.W. Pyhrr, L. Tarassuk - The Metropolitan Museum of Art
Numbering almost fourteen thousand objects and spanning the thirteenth through the early nineteenth centuries, the Arms and Armor collection of The Metropolitan Museum of Art is the largest and one of the most encyclopedic of its kind in the world.
(5241 views)

Modern painting, its tendency and meaning
by S. S. Van Dine - Dodd, Mead
This book inquires into the function of all great art, and defines those elements which make for genuine worth. It explains both the basic and superficial differences between ancient and modern art and points out the superiority of the new methods.
(12267 views)