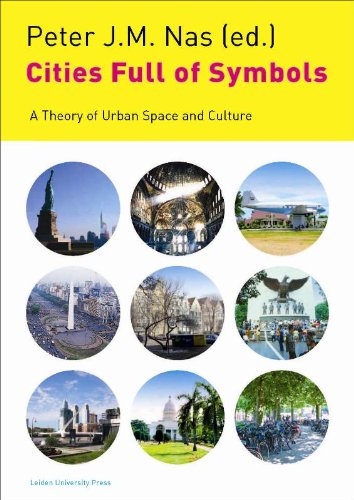 Description:
Cities Full of Symbols develops urban symbolic ecology and hypercity approaches into a new perspective on social cohesion. Approaches of architects, anthropologists, sociologists, social geographers and historians converge to make this a book for anyone interested in urban life, policymaking and city branding.

Second Homes for Leisure Living
- Douglas Fir Plywood Corporation
The labor-saving advantages of plywood are fully realized in the construction of the outstanding 2nd homes on the following pages which were developed by various manufacturers through the agency of the Douglas Fir Plywood Association.
(11811 views)

Castles of England
- Wikibooks
This book is about castles in England, their development and design through the medieval period. A glossary and a time line illustrating the development of castles through history can be found at the end of the book along with a reference section.
(7784 views)

Architecture in the Anthropocene
by Etienne Turpin (ed.) - Open Humanities Press
This volume brings together a provocative series of essays, conversations, and design proposals that intensify the potential of the multidisciplinary discourse developing in response to the Anthropocene thesis for contemporary architecture practice.
(7831 views)