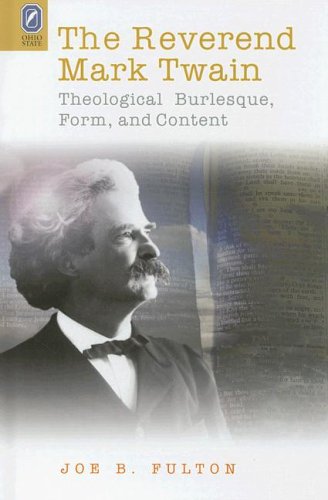 The Reverend Mark Twain: Theological Burlesque, Form and Content
by Joe B. Fulton

Description:
With his distinctive comic genius, Twain entered the religious dialogue of his time, employing the genres of belief as his vehicle for criticizing church and society. Twain's burlesques of religious form and content reveal a writer fully engaged with the religious ferment of his day.

Horizons of Enchantment: Essays in the American Imaginary
by Lene M. Johannessen - Dartmouth College Press
Johannessen's subject here is the almost mystical American belief in the promise and potential of the individual, that can loosely be characterized as a fundamental and unwavering faith in the secular sanctity of the American project of modernity.
(4864 views)

USA Literature in Brief
by Kathryn VanSpanckeren - U. S. Department of State
The book describes the contributions to American literature of some of the best-recognized American poets, novelists, philosophers and dramatists from pre-Colonial days through the present. Major literary figures are discussed in detail.
(9403 views)

Faulkner and Hemingway: Biography of a Literary Rivalry
by Joseph Fruscione - The Ohio State University Press
Fruscione examines the contentious relationship of two titans of American modernism. At times, each voiced a shared literary and professional respect; at other times, each thought himself the superior craftsman and spoke of the other disparagingly.
(3305 views)

Homer and His Age
by Andrew Lang
The aim of 'Homer and His Age' is to prove that the Homeric Epics as wholes and apart from passages gravely suspected in antiquity present a perfectly harmonious picture of the entire life and civilization of one single age.
(11229 views)