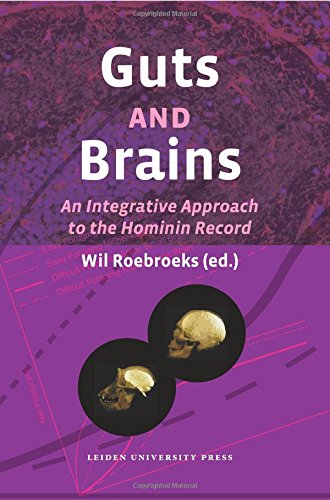 Guts and Brains: An Integrative Approach to the Hominin Record
by Wil Roebroeks (ed.)

Description:
Guts and Brains discusses the relationship between brain size and diet, diet and social organization, and large brains and the human sexual division of labour. This interdisciplinary volume provides an entry for the reader into understanding the development of both early primates and our own species.

The Maya Indians of Southern Yucatan and Northern British Honduras
by Thomas W.F. Gann - Washington, Govt. print. off.
The southern and eastern parts of Yucatan, from Tuluum in the north to the Rio Hondo in the south, are occupied by two tribes of Maya Indians, the Santa Cruz and Icaiche or Chichanha. The number of Santa Cruz was estimated in 1895 at about 8,000.
(4595 views)

New Directions in Dental Anthropology
by G. Townsend, E. Kanazawa, H. Takayama (eds) - University of Adelaide Press
The aim was to emphasize some new strategies offered by dental anthropology to elucidate the historical lineage of human groups and also to reconstruct environmental factors that have acted on the teeth by analyzing dental morphological features.
(4756 views)

The Book of Were-Wolves
by S. Baring-Gould
You may rethink your non-belief in werewolves after reading this detailed study by folklorist Sabine Baring-Gould. He takes you on a journey from medieval times to more modern days, examining old folk tales, public records, medical facts, and more.
(3875 views)