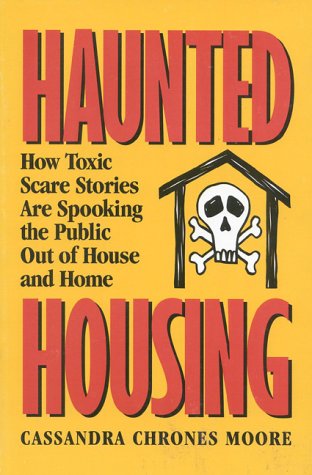 Description:
Moore outlines the government-created mis-perceptions of risk affecting buyers and sellers of homes, tenants and landlords, brokers and agents. She argues that we need to apply risk/benefit analysis to the exaggerated claims being made today.

The Rise of Trump
by Matthew C. MacWilliams - Amherst College Press
The ascendance of Donald Trump to the presidential candidacy of the Republican Party has been remarkable and, to most commentators, unlikely. In this book, MacWilliams argues that Trump's rapid rise through Republican Party hierarchy is no anomaly...
(11206 views)

The Conservative Nanny State
by Dean Baker - ManyBooks
Economist Dean Baker debunks the myth that conservatives favor the market over government intervention. In fact, conservatives rely on a range of 'nanny state' policies that ensure the rich get richer while leaving most Americans worse off.
(4996 views)

The National Interest and the Law of the Sea
by Scott G. Borgerson - Council on Foreign Relations Press
This report offers a fresh appraisal of the 1982 Convention on the Law of the Sea and pitfalls in light of the current geopolitical seascape and examines whether it is in U.S. strategic interests to now officially join the convention.
(9151 views)

The Betrayal of the American Right
by Murray N. Rothbard - Ludwig von Mises Institute
This book will change the way you look at American politics. It shows that the corruption of American 'conservatism' began long before George W. Bush ballooned the budget and asserted dictatorial rights over the country and the world.
(11025 views)