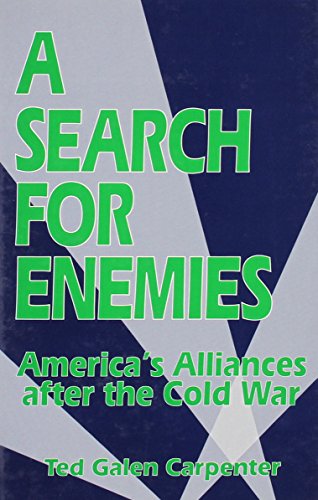 A Search for Enemies: America's Alliances After the Cold War
by Ted Galen Carpenter

Description:
The passing of the Cold War is the most important development of the late 20th century, yet the United States clings tenaciously to old policies. Both the Bush administration and Democratic leaders have insisted on perpetuating a host of obsolete alliances, including NATO and the alliance with Japan, which cost American taxpayers nearly $150 billion a year. Ted Galen Carpenter offers a provocative critique of that status quo strategy.

The Betrayal of the American Right
by Murray N. Rothbard - Ludwig von Mises Institute
This book will change the way you look at American politics. It shows that the corruption of American 'conservatism' began long before George W. Bush ballooned the budget and asserted dictatorial rights over the country and the world.
(13508 views)

The Federal Mafia
by Irwin Schiff - Freedom Books
The Federal Mafia exposes every facet of the government's illegal enforcement of the income tax - and will convince you that Organized Crime in America begins with The Federal Government. The government doesn't want you to know what's in this book.
(18797 views)