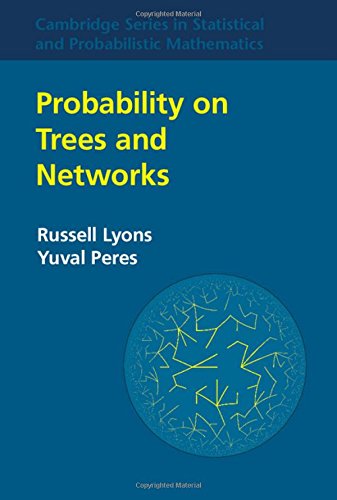 Probability on Trees and Networks
by Russell Lyons, Yuval Peres

Description:
This book is concerned with certain aspects of discrete probability on infinite graphs that are currently in vigorous development. Of course, finite graphs are analyzed as well, but usually with the aim of understanding infinite graphs and networks.

Fractional Graph Theory: A Rational Approach to the Theory of Graphs
by Daniel Ullman, Edward Scheinerman - Wiley
In this book the authors explore generalizations of core graph theory notions by allowing real values to substitute where normally only integers would be permitted. The aim is to prove fractional analogues of the theorems of traditional graph theory.
(8269 views)

Graph Theory With Applications
by J.A. Bondy and U.S.R. Murty - Elsevier Science Ltd
A coherent introduction to graph theory, a textbook for advanced undergraduates or graduates in computer science and mathematics. A systematic treatment of the theory of graphs, Common proofs are described and illustrated with lots of exercises.
(16119 views)