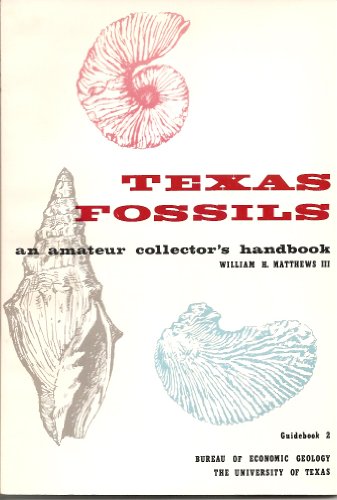 Publisher: The University of Texas at Austin 1984
Number of pages: 130

Description:
Each year more and more people are learning that fossils are more than mere curiosities. Instead, they are realizing that a good collection of fossils provides much information about the early history of our earth, and that fossil collecting can be a most enjoyable, fascinating, and rewarding hobby. It is for these people that Texas Fossils was written.

High School Earth Science
by John Benner, et al. - Wikibooks
Earth Science deals with any and all aspects of the planet Earth. Earth scientists study the atmosphere high above us as well as the planet's core far beneath us, seeking to understand the beautiful sphere on which we thrive.
(7886 views)

CK-12 Earth Science
- CK-12 Foundation
This is an introductory textbook on Earth Science. Earth Science covers the study of Earth - its minerals and energy resources, processes inside and on its surface, its past, water, weather and climate, environment and human actions, and astronomy.
(11179 views)

Earth As Art
by Lawrence Friedl, et al. - NASA
This book celebrates Earth's aesthetic beauty in the patterns, shapes, colors, and textures of the land, oceans, ice, and atmosphere. The book features 75 stunning images of Earth from the Terra, Landsat 5, Landsat 7, EO-1, and Aqua satellites.
(6468 views)

Damming Grand Canyon: The 1923 USGS Colorado River Expedition
by Diane E. Boyer, Robert H. Webb - Utah State University Press
In 1923, America paid close attention, as a government party descended the Colorado to survey Grand Canyon. Led by Claude Birdseye, the expedition not only made the first accurate survey of the river gorge but sought to decide the canyon's fate.
(6381 views)