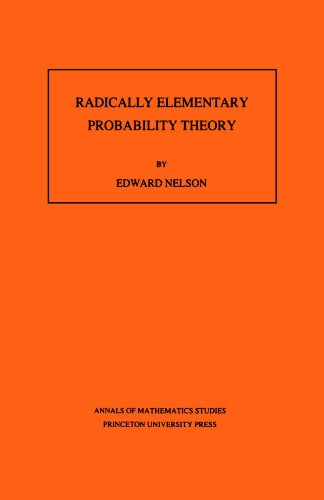 An Introduction to Probability and Random Processes
by Gian-Carlo Rota, Kenneth Baclawski
The purpose of the text is to learn to think probabilistically. The book starts by giving a bird's-eye view of probability, it first examines a number of the great unsolved problems of probability theory to get a feeling for the field.
(17576 views)

Probability, Geometry and Integrable Systems
by Mark Pinsky, Bjorn Birnir - Cambridge University Press
The three main themes of this book are probability theory, differential geometry, and the theory of integrable systems. The papers included here demonstrate a wide variety of techniques that have been developed to solve various mathematical problems.
(13926 views)

Probability Theory
by S. R. S. Varadhan - New York University
These notes are based on a first year graduate course on Probability and Limit theorems given at Courant Institute of Mathematical Sciences. The text covers discrete time processes. A small amount of measure theory is included.
(17046 views)

Exposition of the Theory of Chances and Probabilities
by A. A. Cournot - arXiv.org
I aim to make accessible the rules of the calculus of probability to those, unacquainted with the higher chapters of mathematics. The reading of my book will not require any other knowledge except elementary algebra, or even algebraic notation.
(2968 views)