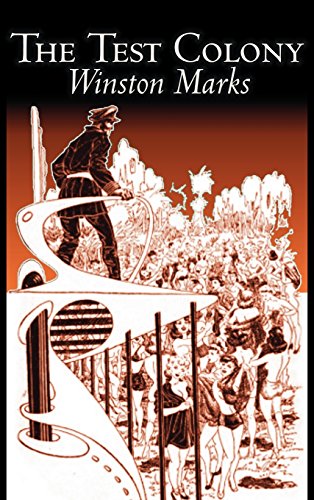 Publisher: If Worlds of Science Fiction 1954
Number of pages: 59

Description:
As official recorder, I was trying to think of words suitable to capture the magnificence, the sheer loveliness of the planet which would be our home for at least four years, perhaps forever. Benson did his best to keep his colony from going native, but what can you do when the Natives have a rare human intelligence and know all about the facts of life?

Nexus
by Robert Boyczuk - ManyBooks
After returning from a thirty-year trade mission, the crew of the Ea wake from cryonic suspension to find that their home world, Bh'Haret, is dead. 'Screamer' satellites have been strung around their planet warning of a plague ...
(7219 views)

Ventus
by Karl Schroeder - Tor Science Fiction
A terrifying artificial intelligence scattered seeds of itself throughout the galaxy. Ventus is an epic journey across a planet with two mysteries: why have the winds fallen silent? And is Armiger, or Jordan, carrying a resurrection seed?
(13835 views)

Deep Space Dead
by Edward Chilvers - Smashwords
Many thousands of years into the future the human race reigns supreme over the galaxy, its colonial starships travelling vast distances to settle new worlds in the furthest star systems. A group of space colonists are trapped on a distant planet ...
(4963 views)

The Colors of Space
by Marion Zimmer Bradley - ManyBooks
The Lhari, the first space faring race, have made contact with humans and established spaceports. There is just one problem; they are keeping the secrets of their space drive to themselves. Humans are resentful and feel like second class citizens.
(8459 views)