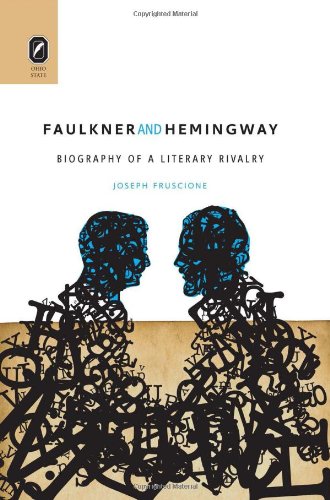 Faulkner and Hemingway: Biography of a Literary Rivalry
by Joseph Fruscione

Description:
In the first book of its kind, Joseph Fruscione examines the contentious relationship of two titans of American modernism -- William Faulkner and Ernest Hemingway. At times, each voiced a shared literary and professional respect; at other times, each thought himself the superior craftsman and spoke of the other disparagingly.

Mysticism in English Literature
by Caroline F. E. Spurgeon - Cambridge University Press
Author restrict herself to a discussion of that philosophical type of mysticism which concerns itself with questions of ultimate reality. The aim of the book is to consider this subject in connection with great English writers.
(14316 views)

Letters to Dead Authors
by Andrew Lang
In this epistolary work, Lang has presented spoof letters that he wrote to various deceased authors. While he generously praises them for their genius and manner of expression, he also addresses the shortcomings of some of these authors.
(7633 views)

The Bible as English Literature
by John Hays Gardiner - Scribner
The author's aim has been to make students as familiar as possible with the English Bible, and to throw light on its literary forms by bringing together facts from the history of its sources and from the history of the translation into English.
(7651 views)