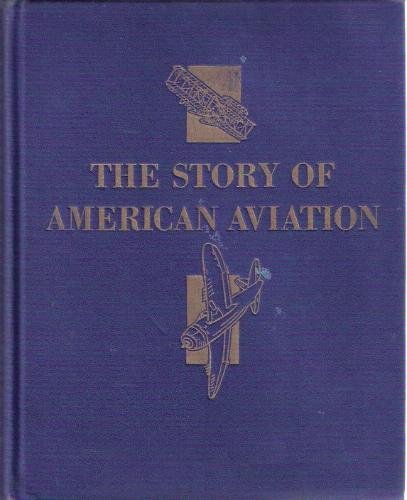 The Story of American Aviation
by James G. Ray

Description:
Subtitled 'The thrilling story of how the airplane grew and the part it has played in the war and peacetime history of the United States of America', this book is exceptionally well illustrated with watercolors, line drawings and graphics by the author.

A History of Aeronautics
by E. Charles Vivian - Project Gutenberg
Evelyn Charles Vivian (1882 - 1947) gives a detailed account of the history of aeronautics through 1920. Famous fliers are discussed and the evolution of the aeroplane is covered. The advancements in engine design are also included.
(13279 views)

Quest for Performance: The Evolution of Modern Aircraft
by Laurence K. Loftin, Jr. - United States Government Printing
This volume traces the technical development of the airplane from a curiosity at the beginning of World War I to the highly useful machine of today. Included are significant aircraft that incorporated important technical innovations.
(13228 views)

The First Flight Across The Atlantic
by Ted Wilbur - NC-4 50th Anniversary Committee
Early in 1919, a young Naval Aviator predicted that trans-oceanic flight was 'a perfectly safe and sane commercial proposition, not a gigantic gamble.' The U.S.Navy NC-4 proved how right he was with the first flight across the Atlantic.
(11160 views)